“On the last day before the budget, Older People asked of Brian …”

The vision in the current social partnership agreement “Towards 2016” is that “Every older person would have access to an income which is sufficient to sustain an acceptable standard of living.” 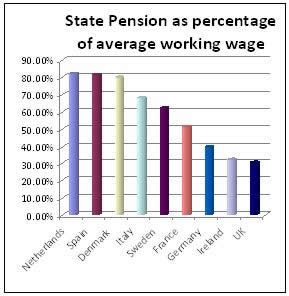 Over 50% of Older People in Ireland are dependent on the state pension as their main source of income. The European Pensions Barometer Report has highlighted that Ireland has the second worst state pension in the EU, coming only ahead of the UK. The report indicated that our pension equals 32.5% of the average working wage, while the average across Europe is 60%.

We recognise that times are hard and that the government faces difficult decisions ahead of the budget. But older people have worked hard all their lives and have paid taxes & are entitled to an adequate standard of living in their old age.

The McCarthy Report recommends that Social Welfare Rates should be decreased by 5%, due the reduction in the consumer price index. But the goods and services that have fallen are not the ones purchased by Older People – the cost of living for Older People has not been reduced.

We therefore call on the government to increase the pension by €10 per week. The withdrawal of the additional week’s payment in December has resulted in a 2% decrease in the average pension in 2009.