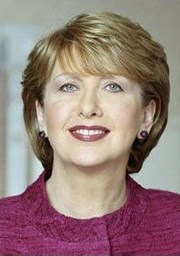 The ISCP are only too well aware of the commitment of President McAleese to Older People and are delighted that she will address the meeting.

Senior citizens are aware of the position that Ireland faces at this time as a result of the downturn in the economy. They are concerned for themselves and for their children and grandchildren. It is truly a time for intergenerational solidarity something which President McAleese in her Presidency has been keen to encourage and nurture.

Delegates from all parts of Ireland will discus the issues which are important to them in their daily lives. Sylvia Meehan a long-time champion of equal rights, President of the Irish Senior Citizens Parliament and a winner of a “Rehab People of the Year” award 2009 will chair the Parliament Meeting.

The 14th Annual Parliament of the ISCP will take place in the Liberty Hall Theatre & Conference Centre from 2.00pm on Friday 26 March to 1.00pm Saturday 27 March 2010. The Annual Parliament provides the ISCP’s affiliated member organisations with an opportunity to promote the views of older people, to set policy for the Parliament and to elect officers for the coming year.

Among the issues to be discussed at the Annual Parliament will be pensions, medical cards, prescription charges, water charges and the withdrawal of the Additional payment at Christmas.