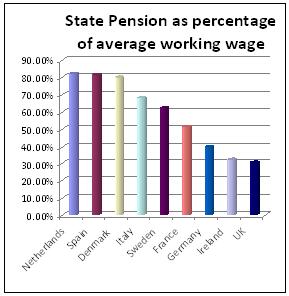 The Irish Senior Citizens Parliament appreciated Taoiseach Brian Cowen’s understanding of the difficulties facing older people in his statement of November 18 on the importance of the State Pension and the other support schemes for older people such as the travel, TV licence and telephone allowance.

We in particular noted where Taoiseach Cowen stated that

We should also be mindful that there is a large amount of people who don’t have a lot of disposable income … and, therefore, rely solely on the state pension.

He also went on to say that he was

Proud of the provision we made for pensioners during the good years. It is not my objective to undo all of that good work now

The ISCP were pleased to note An Taoiseach’s assurances that there will be no dismantling of the social infrastructure, including various schemes which are in place to support Older People’s health & welfare, in addition to pensions.

An Taoiseach’s remarks – in particular the further remarks on his webcast – demonstrate an understanding of the various schemes and services, put in place over decades, which protect Older People’s dignity such as the travel and fuel schemes.

We are conscious that we face a difficult situation but it should be appreciated that we in the Parliament hear on a daily basis from Older People living in fear of what is to come.

We will hold An Taoiseach to his promise not to ‘undo the good work’ and to be ‘sensitive to the needs of our pensioners’.

We would also like to say ‘thank you’ to all our member organisations regarding their lobbying efforts to defend their services & pensions. Keep up the good work in the couple of weeks remaining before Budget 2010.